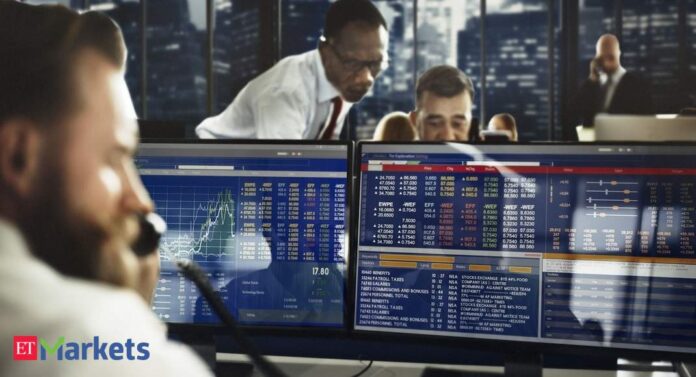 Nifty futures on the Singapore Exchange traded 114.50 points, or 0.90 per cent lower at 12,632.50, in signs that Dalal Street was headed for a gap-d0wn start on Friday. Here are a few stocks which may buzz the most in today’s trade:

HUDCO: Housing and Urban Development Corporation (HUDCO) reported a 37 per cent fall in its consolidated net profit at Rs 457.25 crore for the quarter ended September.

PFC: State-run Power Finance Corporation (PFC) reported a 72 per cent jump in its consolidated net profit at Rs 4,290 crore in the July-September quarter on account of higher revenues.

Jindal Stainless: The Jindal Stainless group is betting big on decorative pipes and tubes in the east, even as the segment was expanding at a rate of 12-13 per cent amid Covid induced disruptions.

Engineers India: State-owned Engineers India will buy back nearly 7 crore shares for about Rs 587 crore as the government taps cash-rich PSUs to meet its revenue targets.

Wipro: Wipro is bringing in a new operating model from next year under which its business will be restructured into four strategic market units (SMUs) and delivery model will be simplified as the IT giant looks to drive growth in the non-US markets.

Jubilant FoodWorks: The company, which operates fast-food chains Domino’s Pizza and Dunkin’ Donuts, closed a total of 105 stores in the July-September quarter.

Eicher Motors: The company reported a 40 per cent decline in consolidated net profit at Rs 343.34 crore in the second quarter ended September 30. It had posted a net profit of Rs 572.69 crore in the corresponding quarter last fiscal.

TCS: Tata Consultancy Services (TCS) said it has inked an agreement with Prudential Financial, Inc (PFI), under which the Indian firm will acquire over 1,500 employees and select assets of Pramerica Systems Ireland Ltd (Pramerica). The move will help strengthen TCS’ delivery capability in Ireland, it said in a statement.