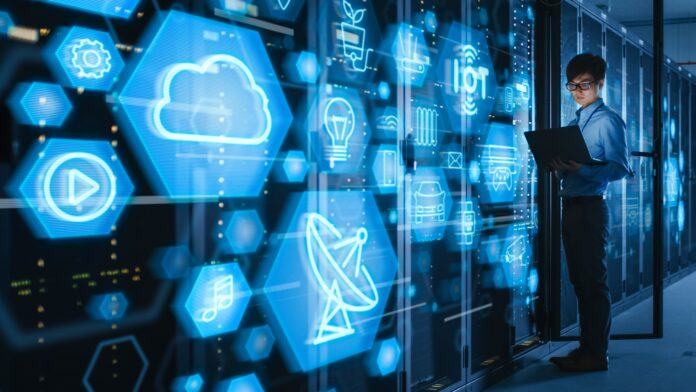 Cloud-based services and operations have gone from high-growth to absolutely essential technology during the pandemic this year. Faced with business continuity issues, migrating to the cloud has been a matter of survival for many organizations. However, while cloud-computing services themselves have been in high demand, construction of the underlying infrastructure has been put on hold in many cases until effects of the economic downturn have subsided.

Thus, cloud hardware and related infrastructure could be in store for a spate of growth next year. Three stocks we are buying now (or have bought recently) in this space are Arista Networks (NYSE:ANET), Fastly (NYSE:FSLY), and Alphabet (NASDAQ:GOOGL)(NASDAQ:GOOG).

A top cloud-hardware company back in growth mode

However, a new growth cycle is beginning to emerge, and Arista’s management has indicated year-over-year revenue expansion is likely to return in 2021. In fact, third-quarter 2020 revenue handily topped the company’s outlook provided a few months ago, and Arista is forecasting about a 13% year-over-year increase in revenue during the final quarter of 2020. The reason? Spending among the largest public cloud providers is expected to moderate, and a myriad of smaller organizations in dire need of some networking updates are only just beginning to get started on their private cloud projects.

Further down the line, a data-center upgrade cycle could also provide further momentum for Arista. The company is in the very early stages of shipping 400G networking switches to its customers, and though adoption of the faster data-transfer equipment hasn’t begun in earnest yet, it will eventually since the long-term growth of digital-data creation depends on it.

Arista has also made a couple of software acquisitions this year to round out its suite of data-center management tools, and highly profitable services like this have been a key contributor to the company’s resilience during some lean times the last two years.

In fact, this is a primary reason I regularly add to my Arista position (roughly every quarter or so). Even during a drought, the company has continued to operate at a free cash flow profit margin of 39% over the last year. This cloud-computing infrastructure play also has no debt and generates a fantastic return on invested capital averaging north of 20%. As a new era favoring the cloud like never before dawns, I think Arista trades at a very reasonable 24.5 times trailing 12-month free cash flow. I remain a buyer after the last quarterly update.

Losing TikTok isn’t the end of the world

Anders Bylund (Fastly): My personal portfolio added a double serving of content-delivery network (CDN) operator Fastly last month. The skyrocketing growth stock was too tempting to ignore at $86 per share, and then I couldn’t help myself from doubling down on Fastly when it traded at $74 per share.

The stock started 2020 in powerful style, more than tripling in value before the end of June. Fastly’s content-delivery services play a large part in many of the streaming-video platforms that have launched over the last year, and the company’s largest customer was the social media phenomenon TikTok.

The surging stock stalled when the Trump administration threatened to shut down TikTok’s American business. The high-level game of diplomacy between Beijing and Washington is still in play, and nobody knows what will happen to TikTok in America. However, the loss of one large customer barely registered as a blip on Fastly’s revenue radar: 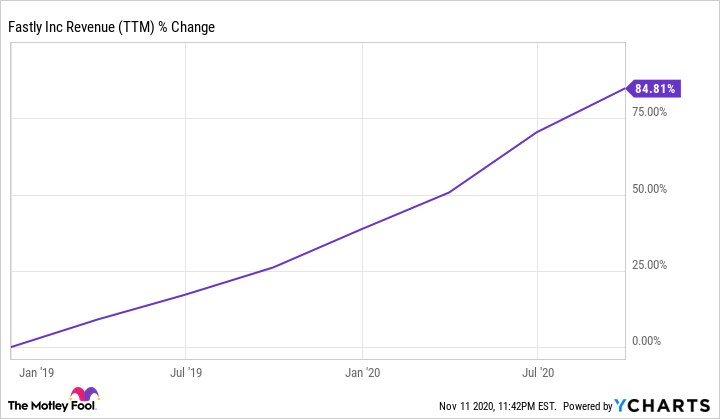 Fastly’s third-quarter sales rose 42% year over year without the TikTok account thanks to a thriving portfolio of customers. The company added security services through the acquisition of smaller rival Signal Sciences in October, expanding Fastly’s addressable market. Fastly’s edge-computing tools also moved out of beta mode and are now available for production-level use to a handpicked selection of customers. That’s another foothold into an explosive target market that Fastly hadn’t explored earlier.

We’re watching the early days of a small CDN specialist blossoming into a larger and more diverse networking company. Fastly investors are still stuck on the TikTok question, which really isn’t going to hurt the company much even in the worst-case scenario. Strike while the iron is hot, I say. Don’t be surprised if I tack on a third helping of shares to my own Fastly holdings before the stalled share prices start to climb again.

Come for the cloud growth, stay for the economic recovery

Billy Duberstein (Alphabet): Investors may be wondering if they should continue to invest in stay-at-home winners as coronavirus cases unfortunately accelerate throughout the nation, or play “recovery” stocks in the wake of Pfizer‘s (NYSE:PFE) positive vaccine news. The beauty of investing in Alphabet is that you get a combination of both. Alphabet has had a pretty good 2020 and is up about 31% on the year. But you know what? It’s still one of the worst-performing FAANG stocks this year, and it still looks like a great value, even at these higher levels.

Alphabet’s burgeoning cloud-infrastructure business is taking off as a strong third-place contender in the cloud wars, growing 44.8% in Q3 and accelerating over the prior quarter’s 42.3% growth. Excitingly, Alphabet also said on the conference call with analysts that it would be separating Google cloud out as an entirely separate unit starting next quarter, which will give a glimpse into that unit’s profitability. If the unit is unprofitable, that would only highlight the increased profitability of the more mature advertising business.

Of course, many eyes are focused on Alphabet’s core Google search business, which has been heavily affected by a decline in advertising for travel and local-service businesses. While Google’s core search and network-partner ads recovered to year-over-year growth last quarter, that growth was still below historical rates. Therefore, once the economy more fully opens up, that part of Alphabet’s conglomerate should improve as well.

Combining the mix of stay-at-home and recovery-related businesses, a healthy $132.5 billion in cash, and several moonshot bets on futuristic technologies, Alphabet seems like a great cloud player to buy in November.