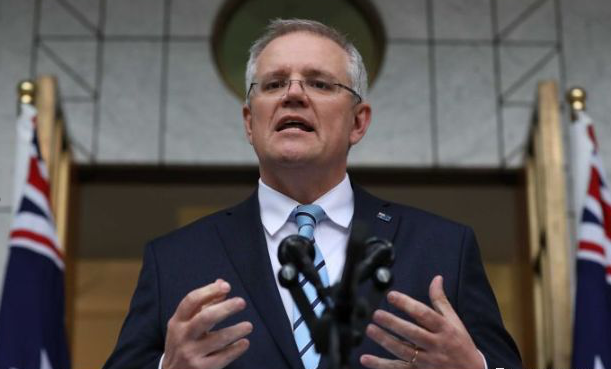 Australian Deputy Minister of Foreign Affairs and Trade Christopher Langman said on the 13th that Australia hopes that “technical” issues that interfere with trade with China can be resolved as soon as possible.

At the Caixin Summit in Beijing, Langman said via video, “We are deeply concerned about the increasing number of cases affecting Australia’s exports to China.”

He also said, “China has told us and publicly stated that the current problems are technical problems. If this is the case, we hope that these problems can be resolved as soon as possible in order to resume the interrupted trade.”

Almost two months ago, Australian ambassador to the United States, Arthur Sinodinos, also declared that Australia is ready to bear the economic cost of confronting China.

More interestingly, according to a Hong Kong “South China Morning Post” report on November 13, on the day when Australian government officials “wish” to make soft words, former Australian Prime Minister Turnbull, who was “forced” to step down the previous year, came to argue Australia should not “succumb” to China’s trade pressure and change its position.

In May of this year, China announced a total of 80.5% of anti-dumping duties and countervailing duties on Australian barley.

Australia’s “Financial Review” also reported in early November that a number of Chinese and Australian commodity importers have received instructions to suspend imports of Australian coal, red wine and sugar.

After the Chinese side suspended the import of logs from Queensland, Australia at the end of last month, on November 11, the General Administration of Customs of China issued the latest warning notice, because Xiamen and Shenzhen Customs intercepted live forest pests in logs imported from Victoria, Australia, and decided to suspend Victoria. Imported logs.

In this regard, the Australian media and some politicians frequently hyped the matter related to China-Australia diplomatic relations. On November 6, Chinese Foreign Ministry spokesperson Wang Wenbin once again emphasized that the relevant measures taken by the Chinese authorities on foreign products exported to China in accordance with laws and regulations conform to Chinese laws, regulations and international practices, and are also responsible for China’s domestic industries and consumers. Completely reasonable, legal, and blameless.

Value investing versus Growth investing: Which is best