NEW YORK (Reuters) – Royal Bank of Scotland Group Plc (RBS.L) said on Wednesday it had reached a settlement allowing it to use a key piece of software in its trade finance business that a U.S. judge had prevented the bank from using due to copyright infringement.

Terms of the settlement with Complex Systems Inc were not disclosed. But RBS in a statement said the deal would allow it to use the company’s BankTrade software and continue processing trade finance transactions across all of its legal entities.

“Our clients remain our primary focus, and this settlement assures them of our continued commitment to our trade finance business,” RBS said in a statement.

A spokesman for Jersey City, New Jersey-based Complex Systems had no immediate comment.

In May, U.S. District Judge Katherine Forrest in Manhattan entered a permanent injunction requiring RBS’s ABN Amro unit to stop using the BankTrade software within a year, and not to use it to process new trade finance transactions received 60 days from her decision.

ABN, now called Royal Bank of Scotland NV, had in court characterized the BankTrade software as a “core” feature of its technical platform and said removing it would be like cutting out the system’s heart.

The lawsuit, filed in 2008, flowed out of ABN Amro’s $21 billion sale in 2007 to Bank of America Corp (BAC.N) of LaSalle Bank and a unit that had been licensing BankTrade from Complex Systems.

Forrest said the license went to Bank of America, but RBS kept using the software. An outdated version became a deeply embedded component of a platform used in 22 countries by more than 2,600 clients, processing thousands of transactions a week, she wrote.

The judge had ruled in March 2013 that ABN Amro was improperly using the BankTrade software of Complex Systems.

The bank appealed and sought to put Forrest’s ruling on hold in the meantime. But the 2nd U.S. Circuit Court of Appeals in New York denied the bank’s request on June 26. 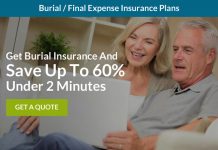